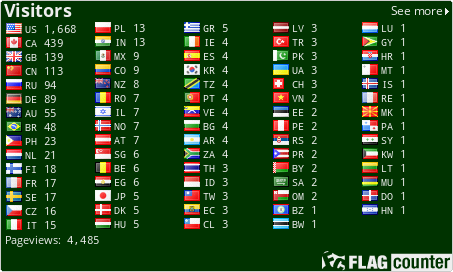 I was actually in Palo Alto recently. And one day I zoomed down to San Fransisco. When I say zoomed, I mean I took a regular bus, a super exciting commuter train, and a super exciting streetcar thing, only with extra tunnels. I love travelling.

The super exciting streetcar dropped me off in front of a magic shop, which is something I seek out and find irresistible, as if I were, you know, proverbial metal filings and the magic shop was a proverbial magnet.

And it was here that I found KENDAMAS were all the rage, the hip new thing in San Fransisco! Hurray!

I had seen an advertisement for them tucked in with the yoyo I bought in Palo Alto, and i had seen them in the toyshop there. (One of the toyshops, inevitably.) Here they were with the wall of packet jokes you can play on your friends (black soap, shocking pens, squirt rings, etc.) It is the prominent wall in most magic shops, with the actual magic behind or under the counter.

And the wee tots were clamouring for these kendamas, jumping up and down and tugging on their father’s arms, and bursting into tears when their siblings got the colour they wanted.

OHO! And then I looked around Golden Gate Park and there were kendamas everywhere! When we went to Japantown in San Jose, they were in the shops and people looked upon my practice fondly. Someone stopped me just yesterday and I let them try etc. and they were full of excitement because they were all the rage in Hawaii. They said their pastor had told their child not to play with them during church (I should just think so!!!! 8^O )

Here is a helpful article

Here are some tips and tricks. My kendama is a Sweets Kendama.

My grandmother had a kendama. It was plain wood with thin red stripes, and a thin black stripe. I played with it less than the tops, but it was apparently full of more potential than that for which I gave it credit.

Here is the review part:

My kendama is as pictured above in that exact colour. It proved much more engaging and challenging than the yoyo, which promptly whizzed off the string into the street scattering ball bearings everywhere. It is something to do while walking. It is something to do while talking to neighbours. It is something to do, in short. And things to do fall into various categories of concentration. this one is just right for these activities. It is also very pleasing because it involves practice, and I am a big fan of practice. it is not impossible or frustrating, but gratification is not automatic or too easily attained either. I have not reached its potential after about 2 weeks of use (while walking, talking to neighbours, etc.) I walk a lot, so I don’t mean from the car to the front door. I mean a walk to the beach or through the street festival or the farmer’s market. It keeps boredom at bay.

I award it lots of stars.

I am now officially in the TOY FANDOM.
The fact is, I have always been in the toy fandom, as was my grandmother before me.

In other news, this is still and always will be a journal for adults. There is no sex. It is just that children want all the toys and maybe chew them or maybe they want to set their Action Men on fire to stimulate war scenarios. I love toys, and I love toys intact. And I'm not inclined to situations where I want to fight with wee tots for that special blue block that will match the green block on the block castle I am building. I tend to be that person who wants that special blue block EVEN MORE because the wee tot will possibly just use it to beat an uneven tattoo on the leg of my table. I understand ABSOLUTELY why children fight over toys in the sandbox.

So. Toy reviews. I intend to review toys. Hurray! I recently went to San Fransisco and, er, indulged. There is nothing wrong with indulging. Life is hard and adults need toys as compensation, at least adults in the TOY FANDOM do.

Here is a pic I took of my friend Adrian with Little Sevvie at Andrew's celebration.

Here is the pic Adrian took of Little Sevvie and I.

I wanted to play Loch Lomond on my violin, but there would have really been no opportunity. Everyone dressed up in bright colours as Andrew would have liked. You can see a wee faerie child in the background. (I don't know her. I knew scarcely anyone, which I found very odd.) Adrian is the father of one of Andrew's co-parented children. He is a dear boy but declined a picture. Andrew is to be cremated in his Baby Cthulhu costume. With a wand.

So, my friend Andrew passed away this week. It was very sudden and utterly unexpected with no foreshadowing whatsoever. I still don't know how this is possible in this world. He was super smart, super fun, super warm, super hard-working, super easy-going, super inclusive, super giving, super everything. In short, he was superman.

He knew who I am. And he loved me.

He was a Topless Wish Faerie. He was in the Carnival Band. He co-parented three children, two of them disabled, one severely so. He was a wonderful gamesmaster. He worked for the government. His most famous costume was a cute Baby Cthulhu. He wore super clothing. It was like he was cosplaying himself, all the time.

He was awesome at playing.

You should have seen him playing with the children and teaching them to be good loving fun citizens by example and word and by knowing who they were, too. Your hear would have melted, I swear. People are better than celebrities. In less than five seconds with Andrew you would have been enchanted.

I took more pictures. Where are the pictures when you want them? These are the only two good ones I could find on my computer.

Here he is playing a dombek (I believe (I am not so good with hand drums)) in green bloomers and a purple tutu and a flower crown. This is before flower crowns were a 'thing.'

Here he is with Little Sevvie with striped pirate trousers and a feather sash (it is fancier than a boa,) and sparkle makeup.

The last time I saw him I ran into him at the library and he was wearing a cloak (he always wore a cloak) and a red velvet top hat. We were going to meet up at a fun game restaurant here which is fandom-decorated and has super great inexpensive original (and fandom-named) food. No, that's not true. We also went swimming on the day I sprained my ankles. He was singing little comic songs to his disabled daughter and helping her with the pool things. At one time I spent every Sunday at his home.

I don't know how this is possible.

Forgive me for posting two pictures without a cut. Forgive me for saying 'faeries.' That's what we say here in Vancouver. It's a cultural thing.
I chose the icon he would have liked best.

( You are about to view content that may only be appropriate for adults. )

The idea is to post a poem each day for the whole month. You don't have to write them. You just have to post them. I have quite a number of beloved poems. I'll start with Hesse. And YES the icon is about this poem, or vice versa. I memorised this decades ago. That is going to be true for the first poems I post. I'll let you know.

THE IMMORTALS
by Hermann Hesse, from The Steppenwolf

Ever reeking from the vales of earth
Ascends to us life's fevered surge,
Wealth's excess, the rage of dearth,
Smoke of death meals on the gallow's verge;
Greed without end, imprisoned air;
Murderers' hands, usurers' hands, hands of prayer;
Exhales in foetid breath the human swarm
Whipped on by fear and lust, blood raw, blood warm,
Breathing blessedness and savage heats,
Eating itself and spewing what it eats,
Hatching war and lovely art,
Decking out with idiot craze
Bawdy houses while they blaze,
Through the childish fair-time mart
Weltering to its own decay
In the glare of pleasure's way,
Rising for each newborn and then
Sinking for each to dust again.

But we above you ever more residing
In the ether's star translumined ice
Know not day nor night nor time's dividing,
Wear nor age nor sex for our device.
All your sins and anguish self-affrighting,
Your murders and lascivious delighting
Are to us but as a show
Like the suns that circling go,
Changing not our day for night;
On your frenzied life we spy,
And refresh ourselves thereafter
With the stars in order fleeing;
Our breath is winter; in our sight
Fawns the dragon of the sky;
Cool and unchanging is our eternal being,
Cool and star bright is our eternal laughter.

darkarts_ldws 5th Round, Dark Creatures, and sign up for a hard-driving LDWS that allows you to use all your cunning and ingenuity.

To all those of you who knew Kyria of Delphi, I am so sorry for your loss. I will learn to play Loch Lomond in her honour.
Collapse